Team Up is a strong advocate of youth empowerment across the world. At Team Up, we believe that every youth deserve to have the respect, dignity, support and resources they need to have a successful and prosperous future. Thus, Team Up has partnered with the Women and Kids Empowerment (W.A.K.E) organization to build a basketball court in Guinea – at one of the most renowned schools in its capital, Conakary. This basketball court will play a significant role in encouraging young girls to attend school, achieve academic success, build community, and enhance their leadership skills. This will be accomplished by WAKE’s structured programs which will take place on this basketball court. The court will also serve as a safe place for thousands of kids and young adults to play.

In partnership with W.A.K.E, we have also built a water pump in the village of Tabili in Kouria. This water pump will provide continuous access to clean water to the village’s 1,250+ members. Prior to this pump, their source of water was the river. 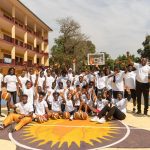 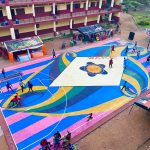 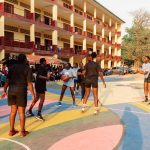 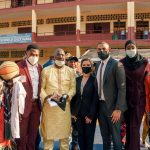 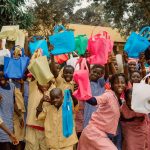 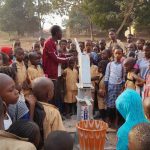 Team Up strives to channel collective willpower and work efficiently together in order to meet a goal. In 2016, two groups of individuals, who have never met, individually worked for a common goal – which is to provide access to education by raising funds to build a primary school in Senegal, Africa. How could a small group of different individuals, scattered around different states in America, from Florida to New York, and Dubai work together to achieve this goal? They individually partnered with buildOn, a nonprofit organization that focuses on breaking the cycle of illiteracy across the globe.

The team surpassed the fundraising goal of $38,100 by raising over $40,000. In June of 2018, the team traveled to a small village in Senegal to assist in the construction of the school. In the one week they spent in the Thilane Dior village, they laid the foundation of the school – alongside participating in cultural activities and meeting the recipients of this academic gift. The complete construction of the school was completed one month later. Sharing ideas and developing different fundraising strategies on a frequent basis lead to the completion of the school. When everyone shares the same selfless mindset to meet a goal, it comes a long way. This group of individuals later co-found the Team Up organization.

TEAMed UP with buildOn 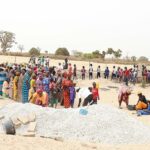 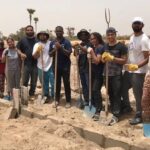 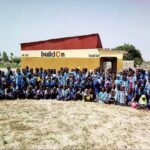 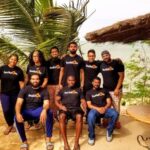 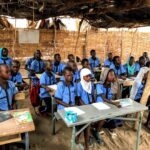 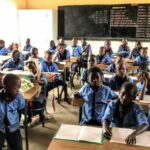 Team Up believes in scaling an idea to ensure maximum impact. Our President of International Development, Adnan Samma remembers sitting in a McDonalds in Seine-Saint-Denis, Paris late at night during the summer of 2018 with his friend Saïd Medella from Chad brainstorming on how to scale his existing initiative that built water pumps in the communal areas of N’Djamena, the capital. Within months of collective thinking, he was able to form a team, deploy a brand strategy, and a fundraising campaign. He formed a team of six individuals and set goals to scale the projects in Chad.

Our first milestone was raising $15,000 which was accomplished in less than a month and a half. That enabled the team to obtain the funds needed to install the water pumps. In December of 2018, the team traveled to Chad to complete the ambitious goal of building 10 water pumps in a five-day period in which the team was hands-on with the development. The entire project was completed in less than three months of formulating the idea.

The community was in awe of the newly developed water pumps and that the team was invited by a Chadian radio station to speak about the work they had done. By Early Spring 2019, the initiative evolved into an official Non-governmental organization(NGO) and obtained tax-exempt status that continues to install water pumps to this day in Chad. Adnan continues to remain as an advisor in the board as the organization foresees evolving the projects to provide access to potable areas in drier and impoverished communities outside the capital of N’Djamena, Chad. 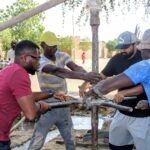 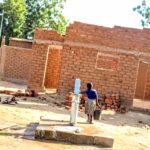 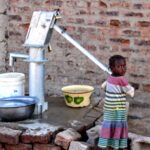 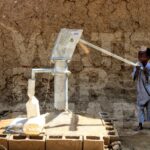 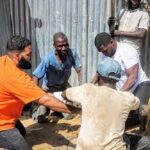 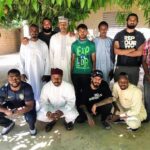 Team Up believes in the power of imagination. In the summer of 2017, our CEO Emmanuel Omokaro watched the HBO documentary entitled “The Defiant Ones” which was about Jimmy Iovine and Dr. Dre’s careers in the music industry and how they became who they are now. The one thing Emmanuel took from it was to act on his ideas. Later that fall, Emmanuel had the idea to build a basketball court in his hometown of Danbury, Connecticut to honor one his friend Joseph(Joe) Neumuller who passed away about two years prior. Emmanuel at the time was raising money to build a school in Senegal. He figured if he was able to raise money to build a school in Senegal he could also provide the City of Danbury with something they well needed which was an outdoor basketball court.  He reached out to the church where Joe went and spoke with the Reverend about his idea and he loved it. Emmanuel started crowdfunding for the project and reaching out to several companies for quotes for the project. Emmanuel was able to Team Up with several area companies who either did the project for free or offered a discounted price for their services. The basketball court opened in April of 2019 and it is open to the public during non-school hours. The basketball court was originally a random idea but Emmanuel was able to Team Up with the community of Danbury to build a basketball court.

TEAMed UP with St. Gregory the Great School 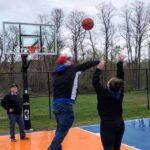 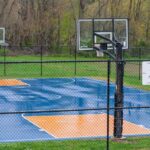 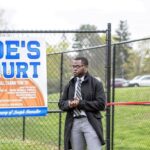 Team Up believes in paying it forward. Emmanuel Omokaro was born in Nigeria and moved to the United States with his family in 1997 at the age of eight for a better education. From 1999 to 2010 a member of his family was awarded a college scholarship by the Hord foundation. In 2018, Emmanuel talked with his siblings and said it was time to return the favor to the organization who has been there for his family as soon as they arrived in the US. The Omokaro family decided to form the annual scholarship with the Hord Foundation which is awarded to a first or second generation college student. The Omokaro family wanted to pay it forward and help similar families in the pursuit of higher education.

TEAMed UP with The Hord Foundation 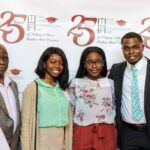 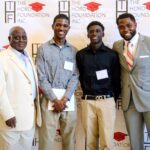 Team Up believes in the power of working together so for this project they teamed up with family and friends to build our second school with buildOn. Once the team returned home from building a school in Senegal (July 2018), they started the planning for the next school. This time instead of a few strangers they invited the team from buildOn Senegal and some of their family and friends. With the second school they were better equipped to understand the process. The planning and fundraising began almost immediately that summer in hopes of raising enough to build the next school the following year. The team of about 20 people with various careers and interests was innovative with the fundraising; the team reached their goal of $48,000 in roughly eight months.

After reaching the fundraising goal the team traveled to Guatemala in October of 2019. While in the village of Los Arenales in Guatemala many of the team members were able to communicate using their bilingual skills. During work hours everyone participated in manual labor on the construction site and after work hours the team was engaged in cultural activities put on by the community members. The construction of the school was completed about 6 weeks after we left. After returning from the trip the team decided to start this Non-Governmental Organization(NGO) Team Up, Inc to continue their mission of providing a platform that connects people by empowering them to create a difference in the world.

TEAMed UP with buildOn 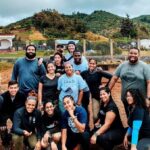 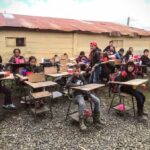 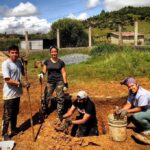 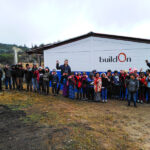 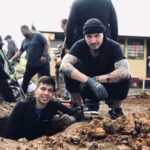 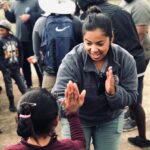