Team Up to Build a Water Tower in Chad!

This Team Up partnership will be bringing a water tower to a community outside of N’Djamena, the capital of Chad. Communities outside of the capital require the construction of a water tower. Water towers are elevated structures containing a massive tank where water is stored and is operated by solar powered generators. 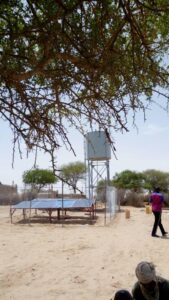 These areas lack access to clean water requiring locals to walk for up to 8 to 15km in order to obtain adequate reserves of water for a single household. 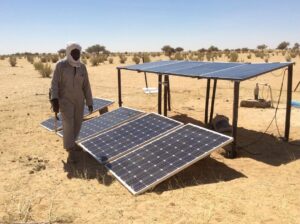 Chad is one of the hottest countries in the world as one of the countries located in the Saharan Desert. Average temperatures can go up to 106 F (41 C). In addition, Chad is one of the lowest-ranked nations in terms of access to drinking water. Lake Chad, one of the primary sources of freshwater, has shrunk by over 95% in the last decades due to climate change. This has impacted millions of livelihoods. The UN Food and Agriculture Organization (FAO) referred to the situation as an “ecological catastrophe,” stating that at this rate, the lake could disappear this century.

With the Team Up partnership, the next objective is to raise $24,000 in order to install a water tower. 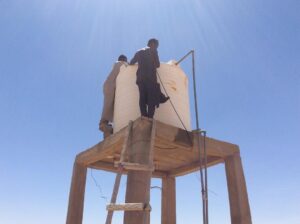